Dad, my knees are hurting

Dad, my knees are hurting! 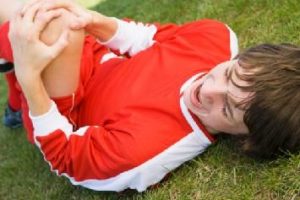 In our last post we looked at Severs Disease – a condition characterised by heel pain in early adolescents. This post we will look at Osgood-Schlatter – a major cause of knee pain in adolescents.

The language of orthopaedics is rather interesting in that it often credits the original describers or those who popularized a disease process by attaching their names to the disease process in question. These so-called “eponyms” have become quite commonplace in our literature and offer important orthopaedic historical insight.

Often throughout history, the simultaneous discovery of a disorder is described by two independent researchers, resulting in a hyphenated eponym. Such is the case in the observations made by two physicians, Robert Bayley Osgood and Carl Schlatter, concerning overuse injuries of the tibial tubercle in adolescents.

Like Severs Disease, Osgood – Schlatters Disease (ASD)  is an overuse injury that occurs in growing adolescents.

The point where the tendon attaches (the tibial tuberosity) swells and feels painful during physical activity such as running, kicking and stair climbing. It can also be painful to kneel because of the direct pressure on the attachment.

Knee pain with activity that eases with rest

Pain with running/ jumping and /or going up and down steps

Pain with fully bending the knee

Pain with fully straightening the knee

Red/ tender lump below the knee cap where the tendon attaches.

But why do teenagers get knee pain ?

So my child has Osgood Schlatter: What can I expect?

Osgood Schlatters is self-limiting -that is it should resolve over time as the child’s growth slows.  Occasionally the tendon attachment becomes so irritated that micro-fractures develop in the bone where it attaches. In rare cases it can become partially detached. The body reacts to this by laying down extra bone making the attachment appear as an enlarged bump. This hasn’t been found to lead to any long term problems later in life.

What do we do now?

Although Osgood Schlatter is likely to resolve itself in time, while it is active, it is painful and limiting. It is therefore important to manage it with the following strategies:

Remember your MGS Physiotherapist can also help with

pre-session preparation and guide you with how best to

progress exercise during and after injury.