Considering the Knife? Just read this….

Originally Published In The New England Journal Of Medicine 2013; 368:1675-84
Recently Reviewed And Published On The Pedro Database And Reprinted In The British Journal Of Sports Medicine May 2014
S.J. Kamper, N. Henschke 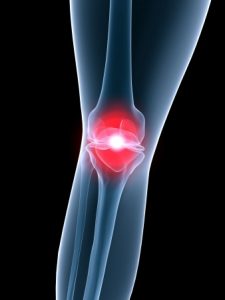 Many people with knee osteoarthritis (knee joint degeneration) have meniscal damage. (The menisci of the knee act as shock absorbers and stabilisers in the knee joint). Commonly, this meniscal damage is treated with surgical removal of the damaged area (partial mensicectomy).

This study, which was published in 2013, aimed to assess whether adding meniscal surgery to physiotherapy in older people with a meniscal tear and mild to moderate knee osteoarthritis had greater improvement in pain and function than treatment with physiotherapy alone.

So what does this all mean? Well, it seems there is clear evidence of little benefit of arthroscopic surgery for meniscal tears over a physiotherapy program for older adults with knee osteoarthritis. The results also suggest that patients trial a 2-3 month physiotherapy program and only those without significant improvement in that period be considered for meniscectomy.

There is good evidence that starting treatment with physiotherapy is likely to be just as beneficial as rushing to go under the knife as means of treating degenerative meniscal tears in older adults.

Suffering from a sporting hand injury?

Suffering from a sporting hand injury?